At 4:37 am one year ago, this little guy came into our lives.
Newborn 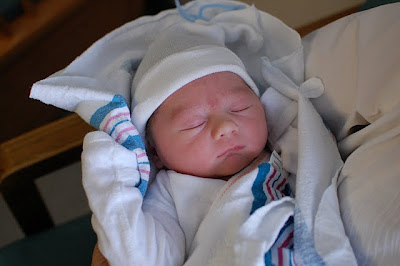 He was way bigger than expected-- 8 lbs. 2 oz-- and took way longer than expected to get here-- 1 week past his due date after several days of labor-- and we couldn't have been more smitten with him. The next few weeks were hard ones, though, as we dealt with sleep deprivation, nipple shields, a 2-hour feeding schedule, acid reflux and tissue damage (mine, not his). We all made it, though, and lived to see the beginning of month two!
One Month Old 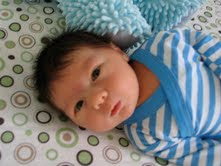 In March, Lyndon got the hang of eating and grew like a weed. He also got some reflux meds and became a much happier, sweet little baby.
Two Months Old 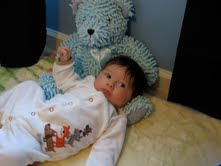 Then, all of a sudden, Lyndon "woke up" and started showing some personality.
Three Months Old 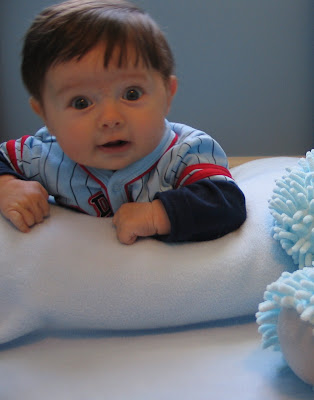 Four Months Old
(This is the pic we save and show to his fiance.) 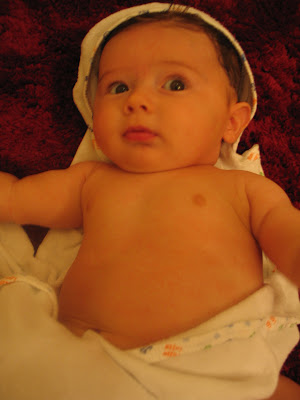 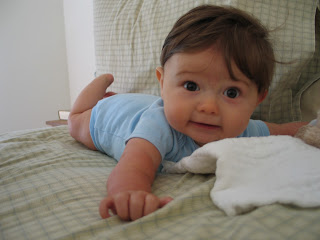 He started working on his skills (sitting up, rolling over, etc.) and has never really looked back. 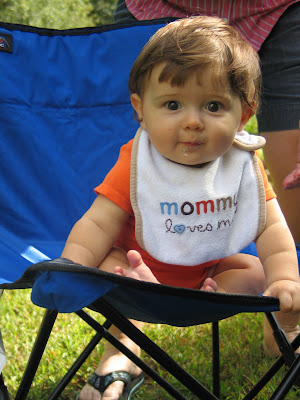 He discovered Cheerios around this time and has never looked back from that, either. They're still one of his favorite foods. 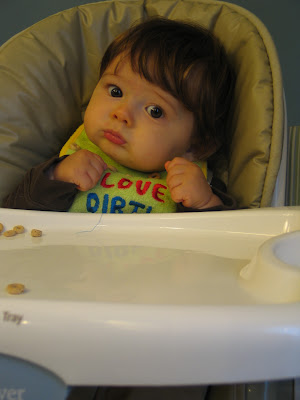 This was about the time he started actively "posing" for the camera. It's hilarious. He'll stop what he's doing, look at the camera and at least make a face, if not smile. 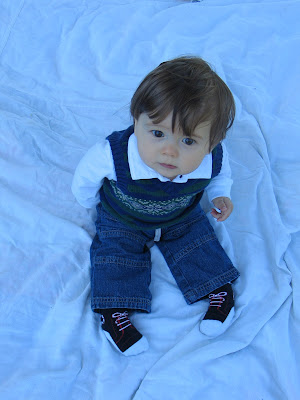 And then he discovered stairs. What, I didn't tell you that he's been climbing our stairs since he was nine months? Must've slipped my mind... 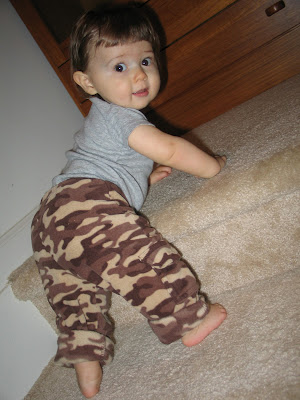 Like any good mother, I see my child playing with a strangulation hazard and immediately... take pictures. But seriously, who can resist a baby in red pants unrolling green Christmas ribbon? 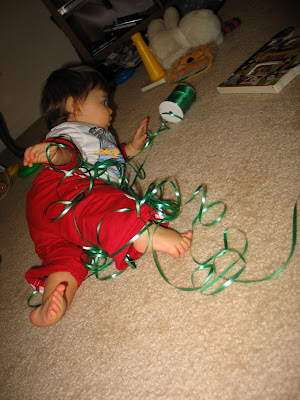 He's looking less like a baby now and more like a little boy. All that hair definitely helps. 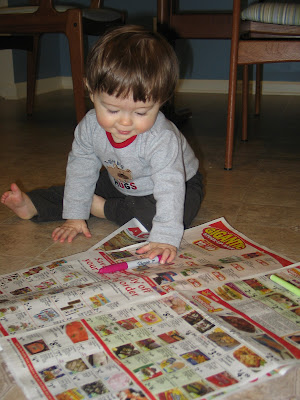 And finally, hot off the press (taken last night in his big boy carseat)... 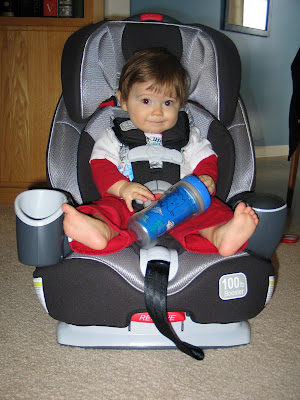 He does this odd close-lipped smile when he's teething; I think he's rubbing his top and bottom gums together.

Well, little guy, it's been quite a year. We can't believe that we've been allowed to be your parents; you are such a loving, joy-filled little boy, and we feel blessed beyond belief that you are ours. It's amazing to think of how much you've grown and changed in the past year. We can't wait to see what this next year will bring!

Happy Birthday Lyndon!
Posted by Adrian and Meredith at 7:51 AM

I love the 3-month picture. Definitely one of my favorites. Though they are all cute, of course. Happy Birthday to Lyndon!