Lyndon has started to dress himself... 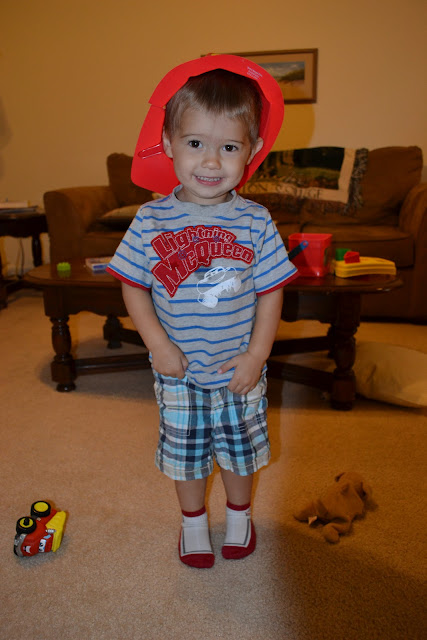 Posted by Adrian and Meredith at 10:07 PM No comments:

First of all, let me just say that I find it hilarious (and completely appropriate) that my last post for two months was the "hey look, Kieran is crawling!" post. Clearly, I have been too busy chasing around a newly mobile baby to post. But today, I have a few moments (at least until somebody wakes up). So.

As of yesterday, Kieran was 8 months old! Yikes! 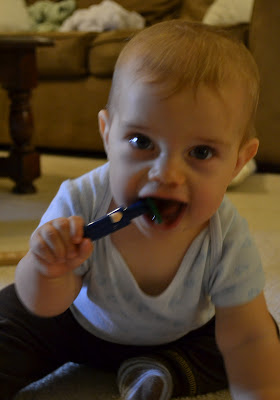 Since my last post, he has been perfecting his crawling, standing, and pulling-up technique and is now something of a pro. And yesterday, we added cruising to that list. That's right; he successfully cruised halfway around the coffee table in pursuit of Lyndon's sippy cup. I let him have it; I figured he earned it. Don't tell Lyndon.

I took him to the doctor this morning for his first ear infection, and they plopped him on the scale. And my jaw hit the floor.

At 8 months, he has officially outgrown an infant carseat. 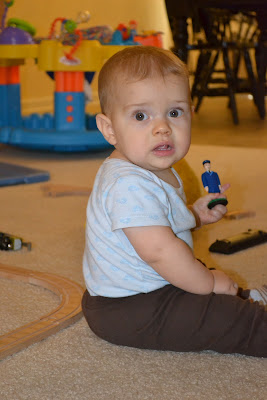 He is so ridiculously curious and jumps headfirst (sometimes literally) into everything. He's the opposite of his petite, cautious older brother in almost every way. 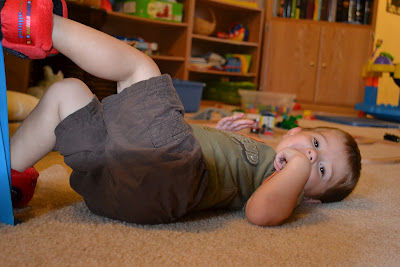 But, the two of them have started to play together anyway. Or, rather, Kieran tries to join in with Lyndon, and from the living room, I hear, "No, Kieran! No have that!"

Lyndon and I have been having long discussions on the topic of sharing. One of the benefits of having a crazy little brother.
Posted by Adrian and Meredith at 2:41 PM No comments: