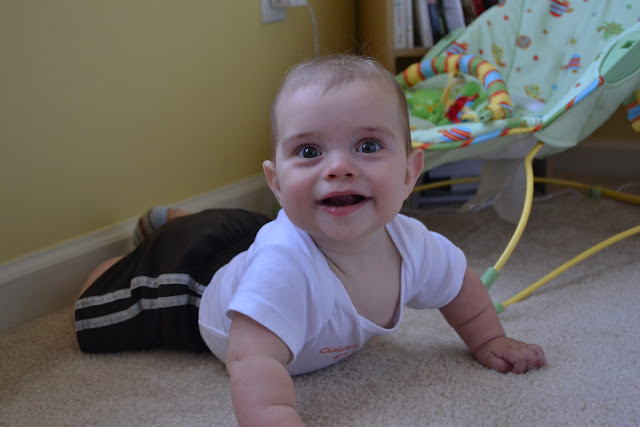 And, boy, is he delightful! He smiles and laughs almost constantly, sleeps like a Calvinist, and eats everything I give him. He can play by himself on the floor for 10 or 15 minutes, but he also loves playing with us. Peek-a-boo is a favorite game now. He's sitting. And crawling. He loves being mobile and is so curious about everything. He's pretty much given up his third nap, except on particularly busy days. He's a little snugglebug and will eat up affection with a spoon. 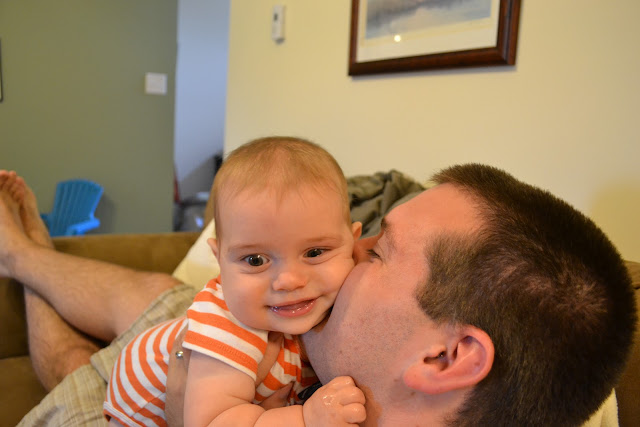 He has two teeth, on the bottom, right in the middle. He had a bit of trouble when they first came in, but a little extra love and a bit of ibuprofen got him through the worst of it, and now he's back to his happy self. You can just barely see them in this picture, but it's the best one I've got. 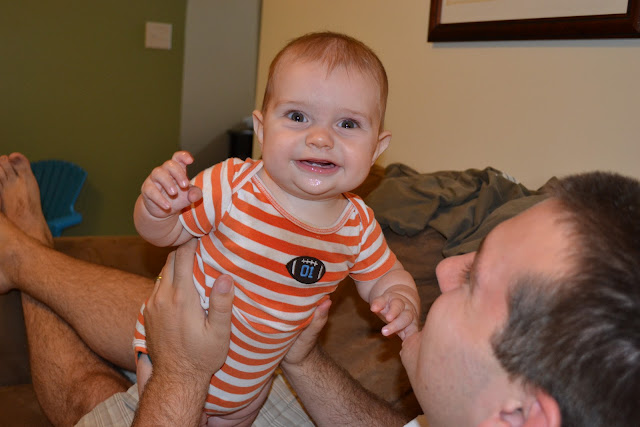 I took both boys to the library today, and felt, for the first time, like I was traveling with two kids, instead of one kid and one baby. Oy, they grow up so fast.
Posted by Adrian and Meredith at 10:30 PM